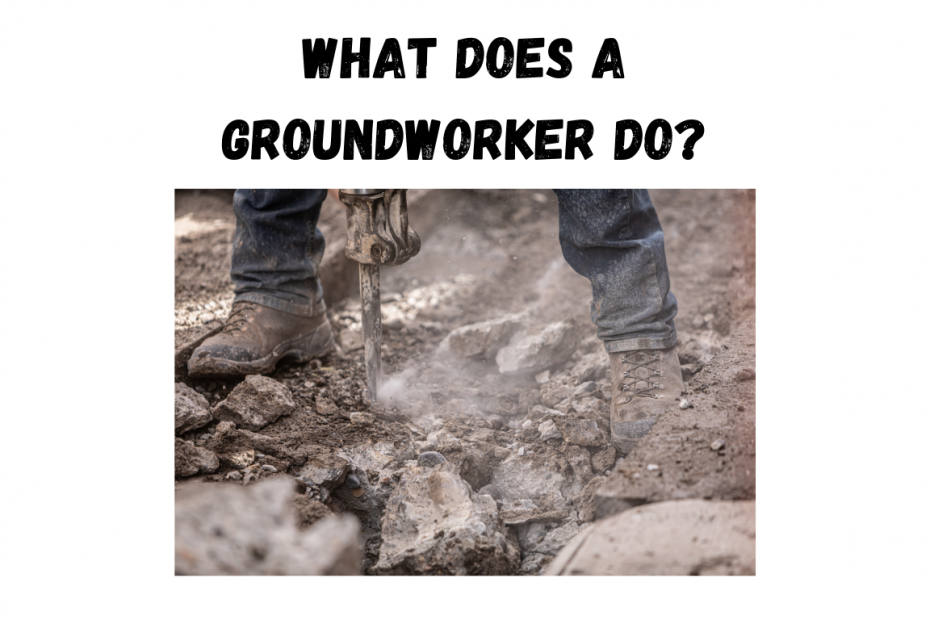 What Does a Groundworker do?

Groundworkers are generally the first in-last out workers of a construction project. Their duties come in many forms, so their skillset must be extensive. Moreover, they need to provide their tools and gear. This article explores the responsibilities, skills, tools, and qualifications of groundworkers in construction.

A Groundworker’s Duties and Responsibilities Involve Many Different Activities

Groundworkers are the construction staff who prepare a site before the building begins. Their duties vary widely, and their job is crucial for the project’s ultimate success. Their responsibilities include piping, concreting, operating machinery, and anything involved in preparing a site for other workers.

Still, wondering what groundworkers do? Here is a list of potential duties that a groundworker may need to perform –

Since a groundworker’s job involves many activities, they need a broad array of skills. Therefore, groundworkers must have a balanced mix of physical, technical, and personal skills that allow them to complete difficult labour as part of a large team.

Here is a list of desirable traits in a groundworker –

Tools of the Trade: Groundworkers Usually Bring Their Own

Groundworkers are usually responsible for providing their groundworkers and PPE. Therefore, they generally own safety boots, a high visibility vest, and a safety hat. In addition, they need standard tools they can use in the wide array of tasks the contractor may call upon them to perform.

A groundworker’s tools must encompass everything they need to clear the ground, install drainage, and lay a foundation. Therefore, they generally provide their own shovels, hammers, rakes, trowels, wheelbarrows, mattocks, and mauls. Self-employed groundworkers who operate as subcontractors may even have small machineries like dumpers, telehandlers, or 360-degree excavators.

There are no formal qualifications for becoming a groundworker. However, few contractors or project managers will hire someone unless they provide some proof of competence. There are a few different ways to acquire and document the skills necessary for starting a groundworking career.

Like most jobs, experience may be the best qualification a prospective groundworker can have. People who have worked successfully with existing contractors, construction companies, or even in other trades with transferable skills should be able to provide references that satisfy a hiring agent. CSCS or CPCS cards also show competence and experience without references.

Another route to a career in groundwork is an apprenticeship with a company. Apprenticeships entail on-the-job training in conjunction with courses administered by an approved university or college. Many future groundworkers also seek certification through an NVQ Level 2 Diploma in Ground working or a City and Guilds qualification course.

Laying the Groundwork Takes Skilled Labor and the Right Tools

Groundworkers are crucial members of a construction project. They have an irregular and varied set of duties that require diverse skills and an expansive toolset. Although there are no formal qualifications for groundworkers, getting hired is challenging without the requisite experience or formal training.